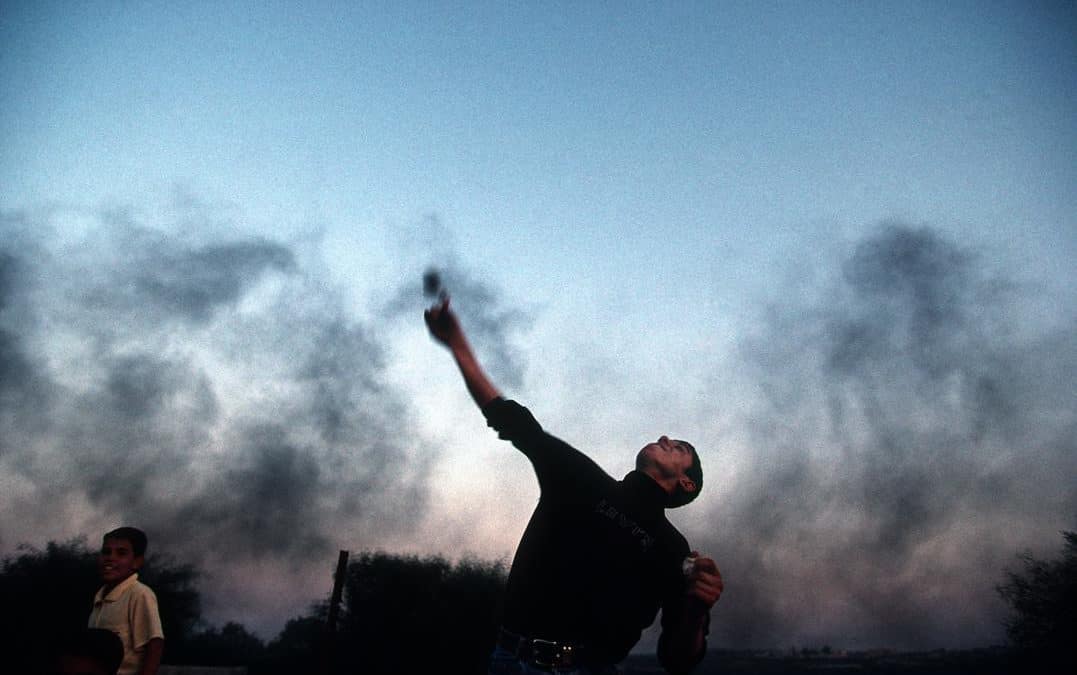 A little before noon on the last day of his life, 15-year-old Ahmed Abutayeh invented a toothache. This was the first time he had ever complained of a health problem in school, so his science teacher wrote him a permission slip to visit a nearby clinic. Ahmed shouldered his plaid-patterned book bag and walked out of the Rimal Boys’ School and onto the chaotic streets of Beach Camp, where 75,000 Palestinian refugees are corralled into a half-square-mile block, at the northern end of the Gaza Strip. It was November 1, 2000. The previous day, Ahmed had sold his pet nightingale for a few shekels, and now, carrying this money, he caught a taxi and asked to be driven to a place called Karni crossing. He was wearing the nicest shirt he owned, a light blue button-down, and a few dabs of his father’s cologne. On the outside of his book bag, in blue ink, he had inscribed a four-word epitaph: ”The Martyr Ahmed Abutayeh.”

Karni crossing, as its name implies, is an intersection. It’s where the Karni Road crosses the so-called Green Line, the razor-wire border dividing the occupied territory of Gaza from Israel proper. The Gaza Strip is a place small enough to be easily fenced. It pokes from the northern end of the Egypt-Israel border and follows the shoreline of the Mediterranean Sea; its silhouette is roughly that of a pistol, aimed just west of Jerusalem. Karni crossing is at a point about midway along the pistol’s barrel.